January 25th, 2019
by Email Annie And The Geeks at CloudAdv
265 420 420 420
Once upon a time in Times Square, NYC, there was a small insurance company. The insurance company had a top secret merger planned with a small financial company. They wanted to keep the merger a secret because approximately one-third of the employees, including the entire marketing division were about to be laid off.

They had three weeks to plan the merger, which included moving a few hundred workstations,  servers, users, and mailbox accounts to the new secret domain. Only the board of directors and a few key IT personnel knew what was happening, all of who were sworn to secrecy.

The changes were all scheduled to take effect and go live on Monday morning at 8 AM on April 1st.

For every employee and contractor they were retaining after the merger, they planned a meeting in the company auditorium to tell them the news. At the same time, they planned for a second meeting in a large conference room with the people who would be dismissed.

Both of these important invites were sent out precisely at 1 PM on the Friday before the cutover weekend.

For one, people thought it was a joke because the cutover was on April Fool's Day.... Oops!
Two, the people who did not think it was a joke, ran all around the office in a panic trying to figure out what was going on, and worse, many people forwarded the meetings to their co-workers, friends, and managers.

In some cases, the people getting laid off forwarded the meeting invites to the employees that the insurance company planned to keep, and vice versa.

What a mess this was!

Things are much different in 2019. There are more options for communication than there were when this merger in Times Square took place.

However, it is still crucial that meeting invites get sent to the correct group of people. The ability to forward calendar invitations increases the risk of running into a few "surprise visitors" at a meeting that was only intended for a select group, which is exactly what happened with the confused employees at the insurance company.

Recently, Microsoft has created a new solution to allow more control and organization of your workspace!

Meeting organizers can now utilize a new feature in Outlook calendars that blocks the ability to forward the invites to others (or specifically allow it!).

Follow these step-by-step instructions to see how you can quickly toggle this feature on and off.

STEP 1: Create your new meeting invitation in Microsoft Outlook 2016 (recent versions only), and add at least one recipient to begin. 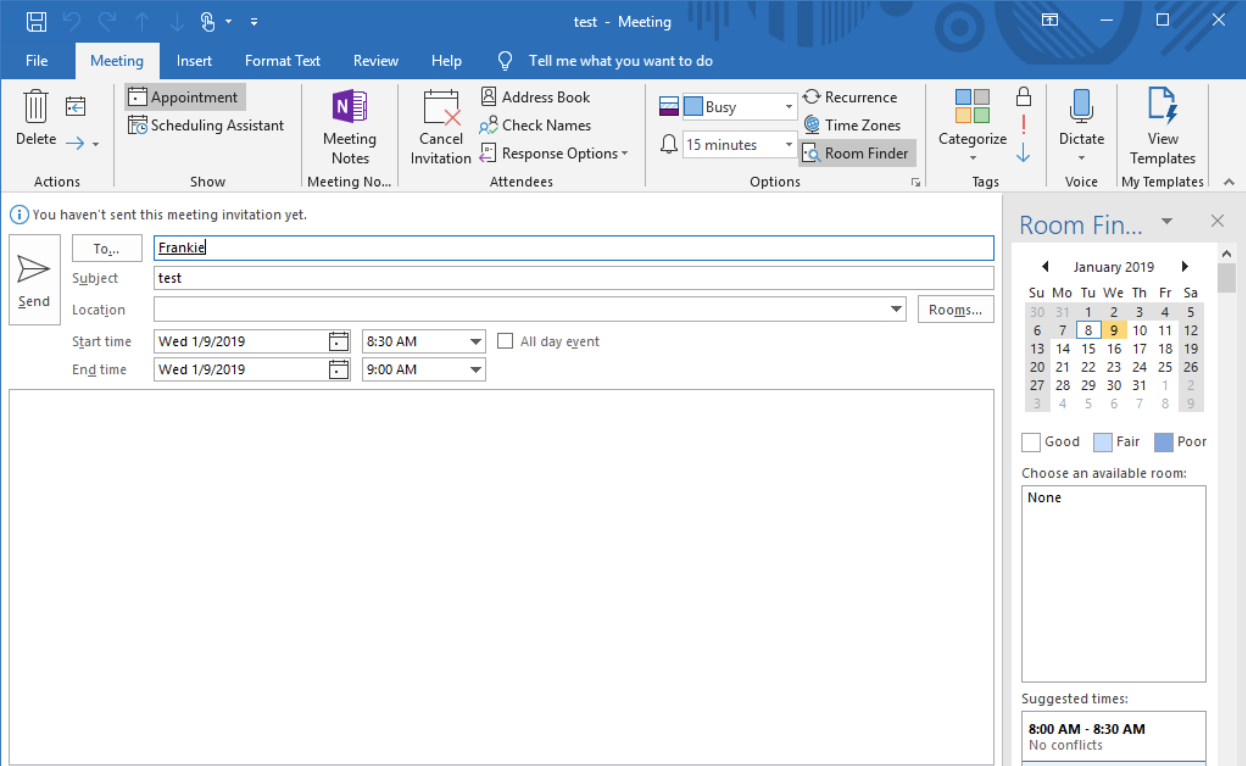 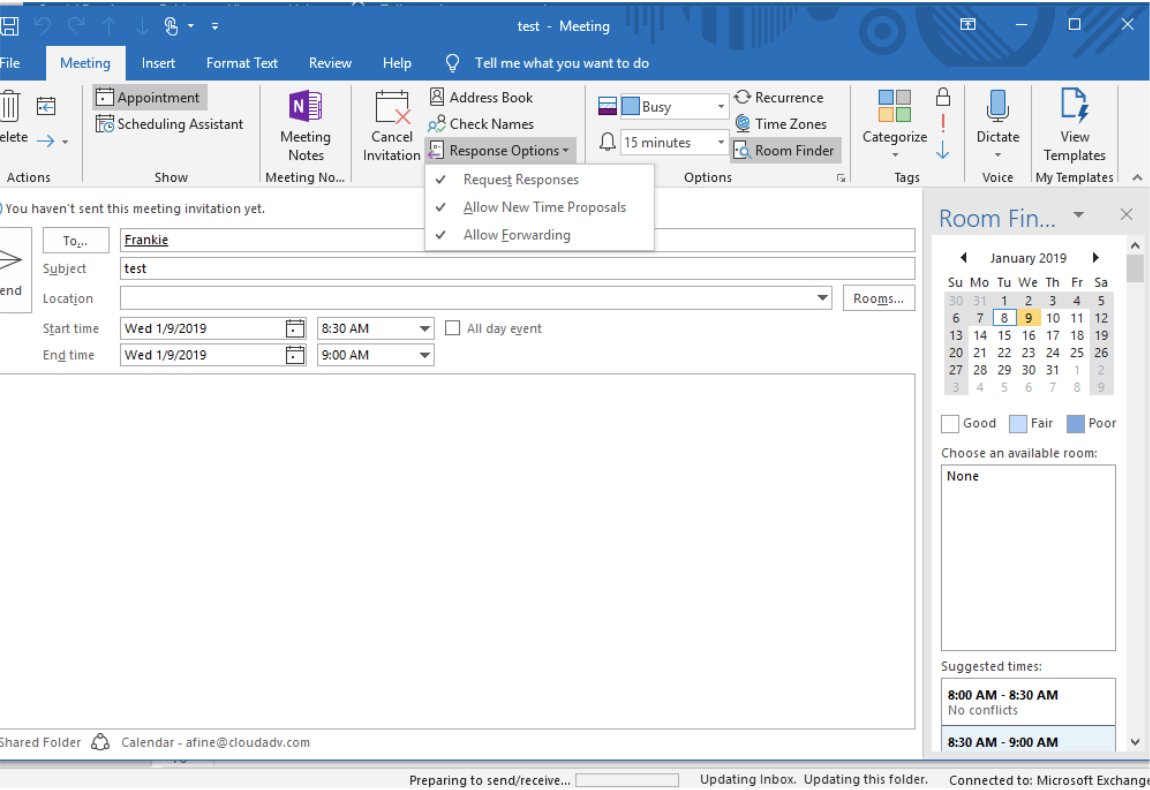 STEP 3: Depending on your preferences, check or uncheck the “Allow Forwarding” option. If it is unchecked, the meeting recipients won't be able to forward your meeting directly. 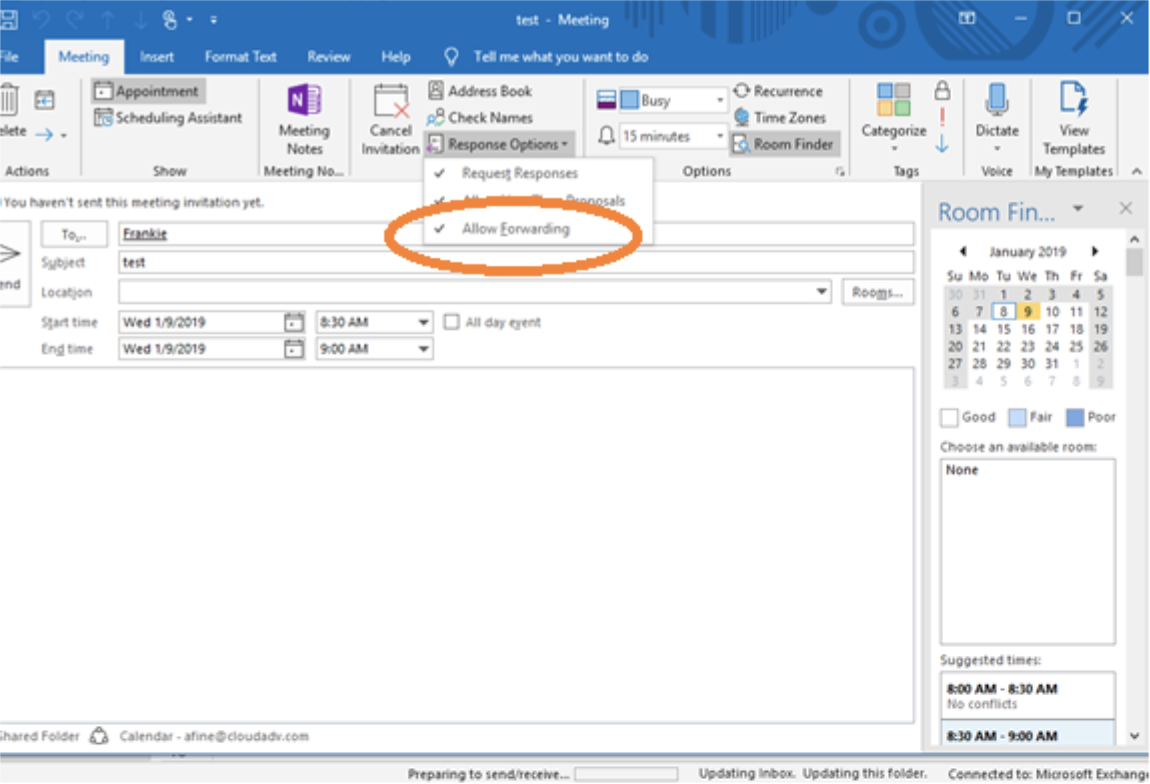 That’s it! Your meeting and your invites have become much more manageable with three simple steps.

NOTES / CAVEATS:
This feature is also available in Outlook on the Web (OWA) with Microsoft Exchange Online, Exchange 2016 or 2019, but it's a bit buried.

We hope you enjoyed this story and tip! Stay tuned for a new tip each month!